No other chemical applicator dispenses oil based insecticides, fungicides, germicides, disinfectants, odor control and other chemical products as easily, effectively and economically. No other aerosol generator enjoys such world-wide acclaim. Golden Eagle, the portable powerhouse that excels on application problems where other machines fail: for those hard-to-reach areas in- doors or outdoors, and for the little as well as the large jobs such as mosquito control to combat malaria and dengue fever.

A special backpack version is available for small scale applications of fungicide to certain tree crops such as: rubber, oil palm and cocoa. 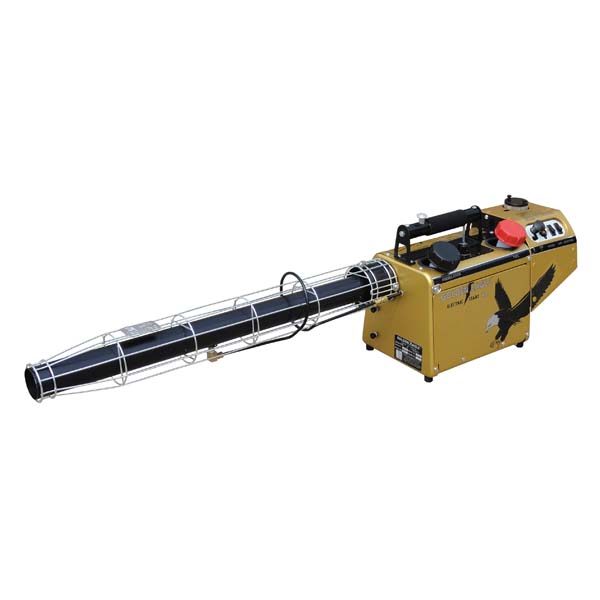 Call our team of experts now, or submit a form requesting contact from a representative. We’re ready to set you up with the best equipment in the world.